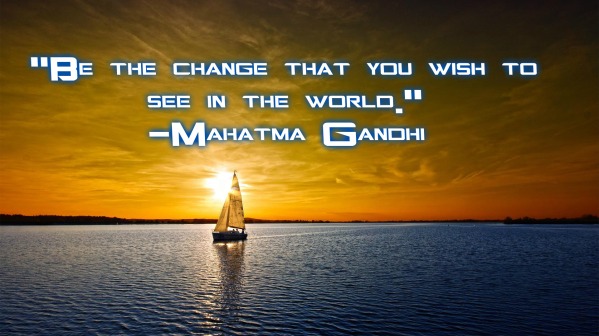 Do I take everything (too) seriously in life?

Well, I’m one of those who ask this question to myself. You want to talk about feelings? The decisions you have made? Those you will have to make? The way you deal with love? The reactions of the people around you?

Therefore, I don’t know if we can qualify the feeling or the phenomenon good or bad. But, when you see the facts, weigh the pros/the cons with the best neutrality and rationality related to the values in ‘’the game’’ (Let’s call this Scientific-feeling-analysing), it is now easier to take a decision about how you are going to deal with this situation. I know, it seems like a big deal to justify what is good or what is bad… Some people say feelings are not something rational and they aren’t completely wrong. I think analysing feelings come with practice and time. The only thing I have to say is to make good decisions for you and for others around you. By this I mean ‘’do not be too selfish’’ because we live in a society and there’s always someone around you in almost every aspect of your life (collateral damage). The importance of a choice is relative. But I still don’t like to take decisions (from what to say in public to changing my life for the better or worse) without thinking in general.  Then, it may justify what’s good or bad. Do not discriminate people and don’t judge them (until you have seen with your eyes the ‘’truth’’). You know, ‘’only god can judge us’’ wasn’t created to make people follow instructions, but it was for people to create a society where we can enjoy living in.

By the way, I just noticed that the words I put between quotes are relative, which means people can have different opinions about it. Also, there are some I just use as my everyday language and that it has another meaning that the word itself. For example, ‘’the game’’ means ‘’the situation’’. You can make a choice and it can completely change your life from 0 to 100 or from 100 to 0 almost instantly. This is why ‘’the game’’ is a good word to use I think. (I try to write so everyone can relate. I do not only write for white people who lives in Canada and are bilingual)

Like I was saying, I TAKE THINGS TOO SERIOUSLY. Sometimes, it affects me. I try to not be sad sometimes and see the positive into every situation. It is hard to accept the truth since I don’t like change.

1)     The thing is I know that most of the time I ask myself this question (Why do I take everything (too) seriously in life?), it’s after my feelings have been hurt. I think building a carapace wouldn’t help me at all, just so you know! And then, I’m becoming attached to people so fast and I don’t like to let go. Sometimes I am hurt, disappointed.

2)     In a situation, I act sometimes impulsively. For an example, it’s hard for me to be calm or insensitive when the person in front of me is not Scientific-feeling-analysing and that the person is saying, as an authentic person, a big judgement. (An arguing or a discussion). It hurts me (my morals) and I take the blame because I know he will repeat it somehow to someone else who may ‘’take it for gold’’. I feel that if someone do not tell him about the big mistake he just did, then someone will pay for it someday. Too, the person said that as an authentic person and it reveals that this part of personality is maybe corrupted. If it’s a simple judgement I usually let go because I don’t care. And if not, I start thinking. I’m asking myself, is it society, is it his family, has-he been hurt before? Generally, people would ignore this. We really need to break those prejudice and teach people that it is okay to talk about it, but there’s a way to address the subject. The way to address is related to the Scientific-feeling-analysing. In this case, we need to find a way to analyse their idea, relate them to his life-experience and know why he thought like that. Then, we need to make the bridge between our thoughts and theirs. I think the more important part is there because you need this person to understand what you say, either way it won’t change anything and the effort you put into him won’t be used. If it’s not used, trust me, someone else will be affected next. By saying this, you don’t have to do the entire process for a silly reaction your friend did, but I think that if it can affect the way people think in good ways it is always worth it. The process could be more than just reacting to the other person just said because you can think about it long enough about it. I just think the idea of telling him doesn’t have to be buried and left for dead. So, the fact about this is that I used to have a bad opinion about those people who discriminate others and that I think it’s not good anymore to have a bad opinion.

After this process, I ask myself if I should take things seriously. Do I put my energy at the wrong place? Because at the end, will it matter? Maybe if more people act like this society would be a place where prejudices and real-talk won’t be taboo anymore.

Sometimes, your heart wants something and your mind wants another, and the conflict of interest enters. Then, it’s harder than what you thought to make a choice: which decision to take and especially if there is good and bad on each sides.

In close relationships: friends, someone you know, family, husband, girlfriend, etc. it is about someone or something that I care much (maybe more than some) about. And it’s harder to accept you have to make a choice. I hate to hurt people around me and I don’t want to be a selfish. Then, you realise things are harder than what you have thought. Sometimes I take everything personal and it’s maybe wrong, but not at the same time because it could change things. The thing is that when you say what you think or do the right choice (when you are sure that it is for the good everyone), it could hurt someone even if you use the right approach.

It is all or nothing, but I usually give a try and I give all instead of nothing. If you do nothing, nothing will happen or change. BUT:

If I say that I should do what I want in life and that I should have fun to do my own things, is it a choice to let go…? then would that make me bad? Bad because that would mean I give up on my hopes? Will that qualify me as a loser, a quitter, a sheep or a coward? Will that change anything in our society? Nowadays, everyone seem to do not care about anything and I feel bad about it. But is it the way it is to be happy today?